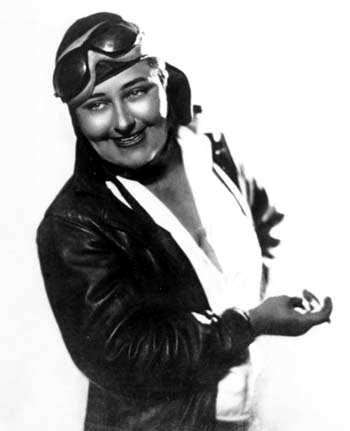 How Pancho got her nickname:

The peaceful life of a clergyman's wife was not for Florence however. After her mother's death in 1924 and subsequently inheriting the family fortune, in early 1928 she returned to her flamboyant and headstrong ways, which caused her marriage to end in a 1941 divorce. She abandoned her family, disguised herself as a man, and stowed away on a freighter bound for Mexico, joining a banana boat crew once there. In San Blas, Mexico, she jumped ship with a fellow crewmember and began to roam the Mexican countryside with him. It was during this time in 1928 roaming the land on a donkey's back - reminding her male companion of the character he erroneously called "Pancho" who in reality was Sancho Panza from the novel Don Quixote - Florence Barnes first became known by her nickname of Pancho. She was known by it for the rest of her life.