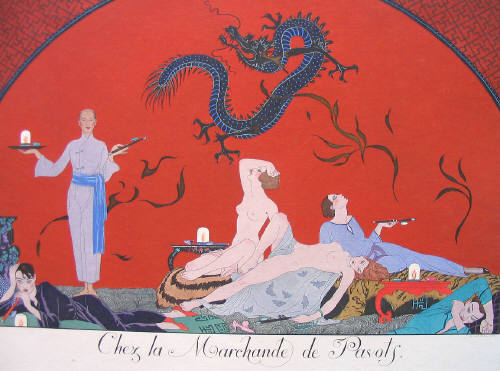 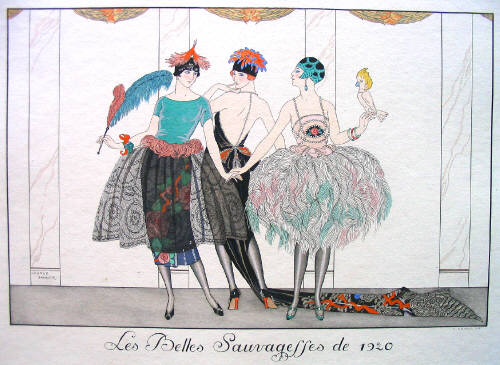 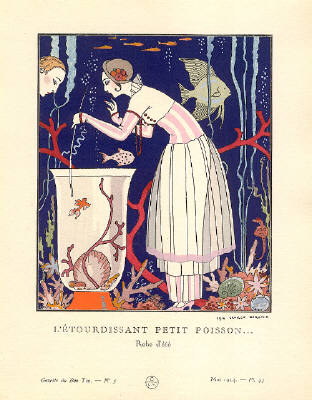 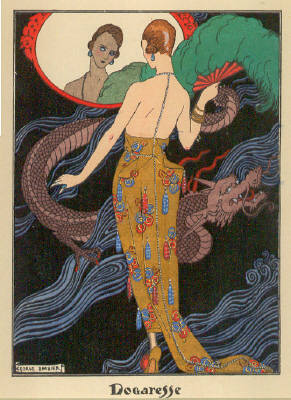 
George Barbier (1882-1932) was one of the great French illustrators of the early 20th century. Born in Nantes France on October 10, 1882, Barbier was 29 years old when he mounted his first exhibition in 1911 and was subsequently swept to the forefront of his profession with commissions to design theatre and ballet costumes, to illustrate books, and to produce haute couture fashion illustrations. For the next 20 years Barbier led a group from the École des Beaux-Arts who were nicknamed by Vogue Magazine as "The Knights of the Bracelet" - a tribute to their fashionable and flamboyant mannerisms and style of dress.